Some 7 years back in June 2011, Google, the search engine giant, made its fourth foray into social networking sites with what is called Google+. With Google announcing the closure consumer version of the site on Monday, Google+ would be no longer available for the common people. The search giant cited the bugs and low usage and lack of engagement as the reason for this decision.

Google said “the consumer version of Google+ currently has low usage and engagement,” adding that “90 percent of Google+ user sessions are less than five seconds.” 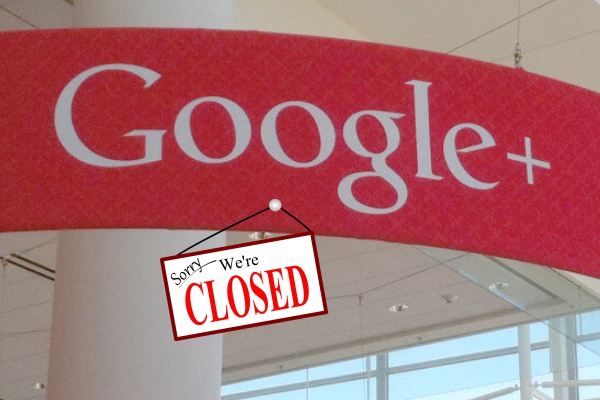 The Google+ Affected the Search Rankings?

Before the launch of Google+, the search engine doyen Google had already rolled out a service called +1 buttons. The search engine giant itself indicated that those buttons were one of many ranking signals used for search quality and rankings. But the company in later time stopped this using the signals for rankings, over the much of criticism from the digital marketing folks.

In any event, with Google+ going away, you can rest assured that Google+ and +1 buttons will have no impact on rankings going forward. So this case is closed.

How Google+ Influenced the Search Results:

Google also used to show your Google+ posts and other information about you on Google+ in Real Time Search, a feature once you had. It would also highlight Google+ content in search results and in Google News, and what is more, it would let you know what is going on there on Google+. Google+ used to show up across all results those days, and that was what SEO community then would not expect from the search engine company.

We should not forget the heavy local search integration between Google+ and Google local results. For a long time, Google+ was the most preferred in the place of Google Places, now Google My Business. But unfortunately, Google+ has almost lost people interest, and this is also the reason for Google have decided to close the site over the next ten months.

Google+ No More for Consumers But Still Open For Enterprises:

As adoption lost steam over the years, Google started pushing Google+ back and now has decided to stop it completely for the consumers from the next year. I saw fewer and fewer Googlers posting on Google+, at least the public commercial version. Also, Google stopped many crucial features like ads integrations, saved searches, Google+ in knowledge panels and Google local edits.

In fact, we rarely covered Google+ announcements or changes over the past few years because it was a product/service that was out sight and out of mind.

Google said it will shut down Google+ “over a 10-month period, slated for completion by the end of August next year,” adding that, “But, consumers will be allowed to download and migrate their data, and we will provide them with the right information on this later on.

Though the site would be fully shut down for consumers, as Google+ is better suited as an enterprise product where co-workers can engage in internal discussions on a secure corporate social network, it would be open for businesses. Some changes will be made to Enterprise customers can set common access rules, and use central controls, for their entire organisation.”

Google said that the loophole for data breach has been patched and no data have been misused. Also, as Google think Google+ is best suited for businesses, the focus would be given on pitching Google+ for enterprises.